Resilience in the Sahel Enhanced II (RISE II) is a multisector USAID program aimed at increasing the resilience of vulnerable households in the Sahel region who face climatic, conflict-induced, environmental, and economic shocks. RISE II is scheduled to run from 2020 – 2025 and is a follow-on to the RISE I initiative, which ran from 2013 – 2018. Both initiatives are implemented in Burkina Faso and Niger.

In 2018, USAID published a CBA of two RISE I activities. The REGIS-ER activity aimed to boost production in three value chains (VCs) – crops (cowpea), poultry, and small ruminants. The REGIS-AG activity aimed to strengthen market linkages in these same VCs. USAID’s Economics and Market Development Office (EMD) and Sahel Regional Office (SRO) commissioned Limestone (via the LEAP III mechanism) to conduct a CBA of RISE II’s Markets and Nutrition Activity. This activity has similar objectives to those of REGIS-ER and REGIS-AG and is referred to as Yidgiri in Burkina Faso and Yalwa in Niger.

Limestone started by conducting a desk review of RISE I and RISE II documentation to determine the required scope of the CBA analysis. Using the RISE I CBA models as a starting point, Limestone specified new CBA models for the Yidgiri and Yalwa activities. Once the CBA models were specified, Limestone developed and oversaw the administration of a household survey of over 1,700 farmers and other relevant stakeholders in Burkina Faso and Niger to collect the data needed to parameterize the CBA models. Limestone delivered the CBA model results to USAID/EMD, SRO, and the local Missions via a final report and presentations.

A unique component of this project stemmed from USAID/SRO’s desire that the CBA models be made available to RISE II implementing partner (IP) staff as tools to guide ongoing activity implementation. To this end, Limestone designed user-friendly dashboard interfaces to the CBA models, allowing non-economists to easily update selected CBA model parameters and interpret changes in the results. Limestone designed a training program to instruct IP staff in the use of the CBA models. The training program was delivered by Limestone staff in person in Niger and virtually to participants based in Burkina Faso.

The CBA report is publicly available here. Among the many interesting findings, the analysis highlighted the complexity of farmers’ cash flows across value chains and the sensitivity of farmer income to shocks such as droughts or outbreaks of disease. Divergent findings across the two activities highlight the importance of context – whether natural or market-based – in implementing a similar development intervention and in generating net incomes for activity beneficiaries. 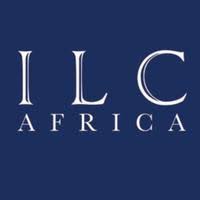 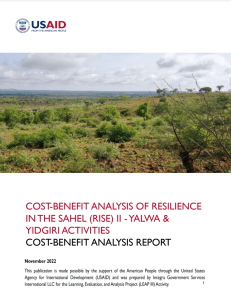