With similar nutritional qualities to animal meat, plant-based meat (PBM) offers consumers alternative food products that may be significantly better for the environment than animal meat. Limestone conducted a financial analysis to understand PBM production in alternative settings and assess how comparable costs, revenues, and risks are across four countries.

To conduct the study, the team used cost-benefit analysis in a project financing setting to assess the financial viability of a typical processing facility constructed to produce frozen PBM and sell it in the local urban market. The recipes used in each country varied based on the available protein sources and their market prices. The sales volume and unit price of PBM is also different based on the country’s industrial average plant utilization rates and current average prices of PBM and animal meat.

The analysis found that the costs and business environment risk significantly vary by country. Most raw materials needed for PBM are internationally traded, and their availability and price are less volatile than non-tradable commodities. Therefore, the unit costs estimated by this study are more certain compared to the revenue projections.

The graph below demonstrates the costs of production across the four countries. Inputs and utilities represent the largest portion of costs across all contexts. 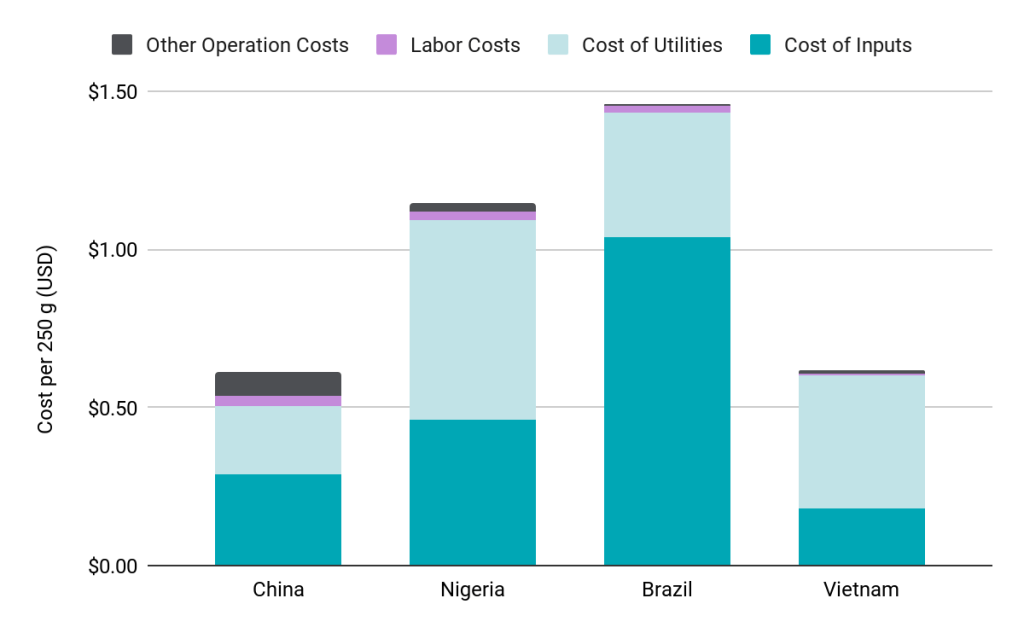 This study considers market price and sales volume as the key sources of risk. The market conditions (price and volume) are unique in each country. The authors believe that the nature of the PBM market in these four countries can vary significantly. This study uses three indicators to summarize the diversity of the market in the four countries: current meat consumption, current meat prices, and population. These indicators help answer the following questions:

The figure below shows how the examined countries compare on meat consumption per year and the current price of PBM in their market (adjusted for PPP). The size of the bubble indicates the population in the top ten most populous cities. 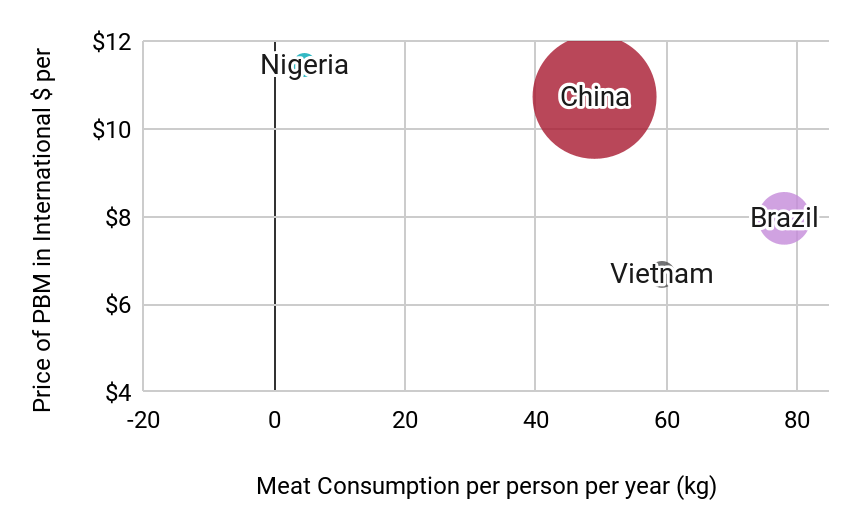 Sensitivity analysis showed that investments in PBM look viable even at lower market prices. Even if PBM was sold at the current animal meat prices from the start, the overall benefits of the investment would outweigh its costs in all countries except for China. 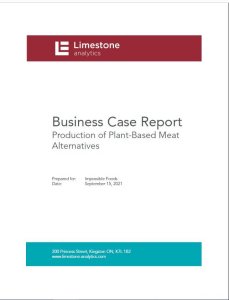 Limestone’s Kingston HQ is excited to participate in #12DaysofSitLessKFLA, encouraging us to get moving during the workday! Yesterday we braved the cold for an afternoon stroll. Check out our team in action!

Limestone, along with @SDDirect_global, will be supporting @MCCgov with technical advisory services during the implementation of the Kiribati Threshold Program through the Gender & Social Inclusion Kiribati BPA.