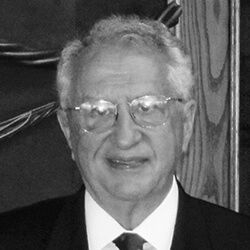 Juan A. B. Belt has over 40 years of experience in the analysis, design, implementation and management of economic development programs in various sectors, with particular emphasis in infrastructure and agriculture.  He has held economist and management positions at the US Agency for International Development (USAID), the Inter-American Development Bank (IDB), the World Bank and Chemonics International. Experience includes leading a highly successful effort to reintroduce Cost Benefit Analysis in USAID, being the Director of the Infrastructure Office USAID/Washington, serving as Chief Economist and Director of the Economics Office of the Global Bureau of USAID, heading USAID economic growth offices in Panama, Costa Rica, and El Salvador, and serving as Deputy Director of the USAID/Guatemala Mission where he was in charge of the Central America Regional Program.

He has taught economics in the US, Latin America and Canada. His papers on power sector reform and regulation have been published by Energy Policy and the Brookings Institution, among others. He has worked in more than 30 countries in Latin America, Europe, Africa and Asia. He speaks native Spanish, fluent English, and is proficient in French and Portuguese.

#DYK Research shows how training healthcare workers is essential for the success of maternal and child nutrition interventions.

Read about the how training affects program adherence and cost effectiveness for an IFA supplement program in #Bangladesh.

From local to global data. We will churn the numbers and present analysis on the project and policy cycle and how to improve the value obtained from every dollar spent through Limestone Impact blog.